Start a Wiki
Axel is Ceri's brother, with a deep, depressing connection to her- he is the one who accidentally killed and subsequently revived her. While he is friendly (and maybe a little bit crazy), he deeply regrets doing this, and cares greatly for Ceri, keeping her out of danger and taking care of her. He later died himself, via poisoning and a chemical burn. (It's a long story.)

Axel has spiky brown hair, barely brushed. He wears a long, grayish lab coat, over a bright marine blue shirt, and simple pants and shoes. He is noticeably bleeding from his mouth much more than other zombies; this is due to his method of death. 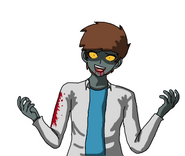 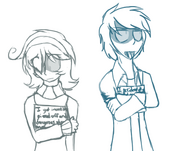 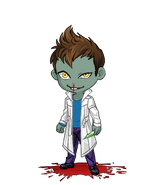 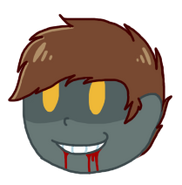 Add a photo to this gallery
Template:DarkNav
Retrieved from "https://silvieskydancer.fandom.com/wiki/Axel?oldid=3879"
Community content is available under CC-BY-SA unless otherwise noted.