Now that the incident is over, Cobra fiercely protects Laurel and her home with all his might, warning off those he suspects of being dangerous and flat-out killing those who pose an obvious threat. He also wishes to take down the Shadowblood- but he needs to gain control of his dark magic, gained from his time as an assassin, before he can do this. He is remarkably cool and collected, showing very little emotion when doing his job- but he is very warm and loving around Laurel- he does have a crush on her, after all. 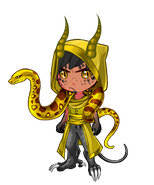 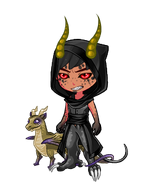 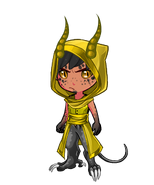 Add a photo to this gallery
Template:DarkNav
Retrieved from "https://silvieskydancer.fandom.com/wiki/Cobra?oldid=3096"
Community content is available under CC-BY-SA unless otherwise noted.