Start a Wiki
Kairo Sirel is a Psan-azu guard, working tirelessly to protect the city as much as he can. A determined man with a deep-rooted instinct to protect, Kairo is so dedicated to his work that he's often found on guard even when his shift is supposed to be over. This isn't simply selflessness, however- before coming to Psan-azu, Kairo was an adventurer captain, exploring the islands of Skylands with his crew. However, on a trip to the Faefyre Ruins, an abberation in Earth's magical energies distorted the ruins' magic and corrupted his crew, mutating them into the beings that now roam those crumbling halls. Kairo only just managed to escape, and heartbroken over his percieved failure to save his crew, he came to Psan-azu to try and move on. However, after getting a spot in Psan-azu's guard force, he ended up developing an obsessive compulsion to guard the city, as his desire to protect those who he loved and never fail anyone again spiralled out of control.

Despite his compulsive issues, Kairo does still have close relations with others, especially the lookouts and other guardmembers. He has a crush on Nitra, but hasn't yet worked up the courage to tell her- that, or he's too busy on guard to even remember to tell her. 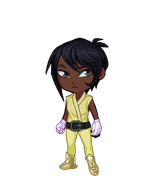 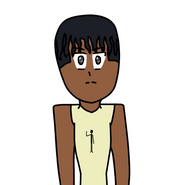 Ew, old art
Add a photo to this gallery
Retrieved from "https://silvieskydancer.fandom.com/wiki/Kairo?oldid=3133"
Community content is available under CC-BY-SA unless otherwise noted.