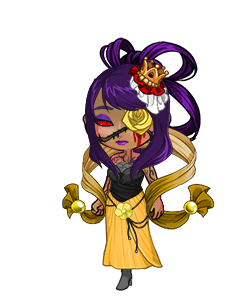 Laurel is the queen of Khautagozd. She still has the common sense to rule like a good queen and isn't evil, but became a hell of a lot more closed off after she was corrupted. She barely interacts with other people anymore, not even her guards, and spends most of her time in a hidden garden beneath the Golden Castle, tending to black-thorned golden roses and/or dissociating really badly. She barely remembers her old life, with only brief flashes of her old memories coming to her. The only person that can actually get close to her now is Alessio, and that's mostly because he was the one who saved the island- and her- from total corruption. 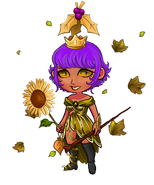 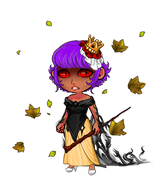 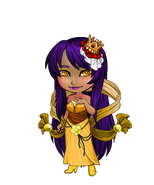 When not corrupted.
Add a photo to this gallery
Retrieved from "https://silvieskydancer.fandom.com/wiki/Laurel?oldid=3314"
Community content is available under CC-BY-SA unless otherwise noted.