Oblivion is the First God of death, and the current Reaper of Harmonia. He's actually a pretty cool guy most of the time, but his sense of justice is sharp- a little too sharp. He somehow knows exactly what souls entering the Afterlife have done throughout their life, and can send them to any of the three layers of the Afterlife- his, Mirrikh's, or Hisako's. He rules over the effective purgatory, Obsidius, where souls that did little good or bad shall go.

Oblivion sealed himself away in a crystal of onyx for millennia when the Diamas Harmonia was destroyed, and was freed when Orianne found him. He now lies somewhere between Nithya and the New Gods in importance, and thanks Orianne for freeing him.

Oblivion wears a large black hooded cloak over a blue, slightly ragged coat and tattered black pants, and he also wears a plague doctor mask concealing his face most of the time. He has several bird traits- large wings, feathered ears, and bird legs. His wings constantly have feathers falling out, but they grow back at an unusual rate. His hair is surprisingly fluffy, and black. 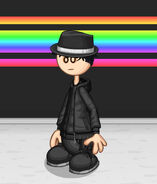 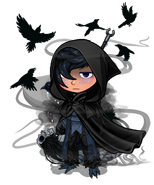 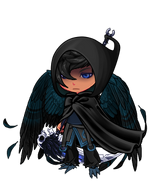 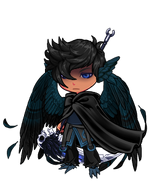 Add a photo to this gallery
Retrieved from "https://silvieskydancer.fandom.com/wiki/Oblivion?oldid=3498"
Community content is available under CC-BY-SA unless otherwise noted.