Start a Wiki
Orianne is a woman residing in Windsong, on the Laughing Dragon. She's effectively the straight man of Windsong, being (for a time) the only resident who's JUST a normal human. No alternate forms, no magic, no secretly-a-dragon jazz. Just a normal human in a fluffy tiger-pattern coat, with skill in building, creativity, and a fascination with the sky. She's somewhat eccentric, an easily-spooked worrywort, and very interested in the society of Windsong.

She is deceased in the primary timeline, as of Darkest of Times- but lives on in the Heroes' Timeline.

Orianne arrived in Windsong through a mishap with building a large, platformed kite; it flew away and she just barely managed to get herself onto it. By the time it finally stopped moving, she found herself hovering over Windsong! As far as she knew, it was nothing more than a myth- and now she was flying above it, on a ridable, multi-segmented dragon kite. Fascinated by the idea of visiting the place, she began working toward it- throwing down anchors to fix the kite in place, and eventually setting up home base on the biggest plate. She's lived there since, setting up a tiny separate community on the grinning kite. Rarely does she actually travel down to Windsong itself, seemingly preferring the steampunk-esque, cheery community she's built from the ground up. 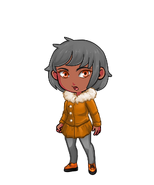 I...forgot to upload this. Whoops! 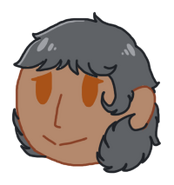 Add a photo to this gallery
Retrieved from "https://silvieskydancer.fandom.com/wiki/Orianne?oldid=3909"
Community content is available under CC-BY-SA unless otherwise noted.